“Undertow,” or “Contracorriente” (in Spanish), came out in 2009. It’s a film that I’ve watched way too many times and it still thugs at my heartstrings. It tells the story of a young fisherman, Miguel, living in a small village in northern Peru, who is married to Mariela. They are expecting their first child. What’s interesting is that he’s also in a secret relationship with an artist named Santiago who visits the village from time to time. 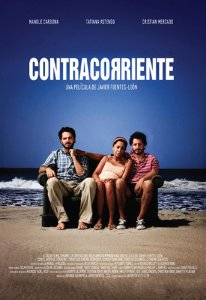 From there we get to see an amazing story about love and the bonds people share even after death. Miguel can’t come out to the village, and he also wants to save his marriage. However, rumors soon spread, and Mariela leaves her husband along with the baby after the villagers find a nude painting of Miguel in Santiago’s house. Oh, and Santiago dies, but comes back as a ghost after he drowns and his body is lost at sea. You might not be into ghost stories, but Undertow is so much more than that. It’s an amazing film about a man who is in love with his wife and his child as well as another man. Miguel doesn’t hate his relationship with Mariela, but he loves Santiago as well. His feelings, though complex, are handled in a very satisfying manner.

“Undertow” was the Peruvian entry for Best Foreign Language Film at the 83rd Academy Awards, but it wasn’t nominated. However, it did win many other awards, including at the Sundance Film Festival. I think it needs to be seen at least once by anyone who wants to see how complicated human love can be.

Reply Yiannis
1:09 PM on October 10, 2013
Farid, you are in my heart! I loved, LOVED, this film and your presentation was spot on. I hope many people get to see it now.