Gay History Lesson - The Gay Angle In the JFK Assassination

The assassination of President John F. Kennedy occurred fifty years ago this past Friday. Some historians consider this event as the demarcation between the “old world” of optimism, tradition and Frank Sinatra, and the new world of protest, experimentation and the Beatles. I actually think the change in the world order occurred with the election of Kennedy, the first “modern” president. The Beatles and the flowering of the sixties would have occurred anyway, but there’s no doubt that the assassination dramatically changed the tenor of the era.

From the first moments following the assassination there were rumors and assumptions that there was a conspiracy involved. The long list of potential suspects ranged from Castro supporters to anti-Castro zealots to the CIA to the Russians to Kennedy’s own vice president. Many could not accept the idea that one “loser” could wreak so much havoc and alter the course of world events. But for several years nothing concrete emerged, and the Warren Commission concluded that accused assassin Lee Harvey Oswald had acted alone. 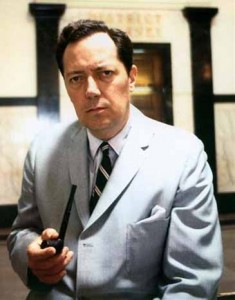 In late 1966 a little known district attorney in New Orleans named Jim Garrison began investigating the conspiracy possibilities. The seeds of the investigation were planted two days after the assassination when Jack Martin, a New Orleans private investigator, called the DA’s office to inform them that a local character named David Ferrie had recently been in Dallas with Lee Harvey Oswald, and had taught him how to shoot. He also informed them that Ferrie and Oswald had both been in the New Orleans Civil Air Patrol at the same time. There was even a group photo with both of them in it.

You would think that would be huge news. The only problem was that Martin was a notorious lowlife who routinely spread nasty stories about anyone he felt had crossed him, and who would call them up and threaten to kill them. Ferrie and Martin had been acquaintances, but Ferrie had crossed Martin somehow. The FBI thoroughly investigated Ferrie and concluded there was nothing there.

Here’s another important fact about Ferrie: he was gay. That fact will become important later in the story. 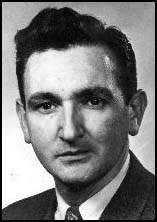 Shortly after the assassination a New Orleans lawyer named Dean Andrews told the FBI that he had done legal work for Oswald in the summer of 1963. He further dropped the bombshell that he was called the day after the assassination by someone named Clay Bertrand who wanted him to represent Oswald. There were a few problems with the story, however. First, the FBI didn’t believe that Andrews had done legal work for Oswald since he had no papers to corroborate that. Andrews claimed the paperwork had been stolen. Second, Andrews admitted he had been in the hospital and heavily drugged when he received the supposed call. Third, no one named Clay Bertrand could be found in the New Orleans area. Fourth, Andrews had a well earned reputation as a “bullshitter.” And fifth, he eventually admitted he made the whole thing up!

Despite that track record, Andrews eventually testified before the Warren Commission, and went back to telling the Clay Bertrand story, complete with a different description of the man. And he added this important claim: Bertrand was gay.

Garrison had a feeling he was on to something, and he called Andrews into his office to pump him for further information. Eventually he concluded that Clay Bertrand was really Clay Shaw, a prominent New Orleans businessman, Democrat, and distinguished military veteran. So why did Garrison come to this conclusion, when Clay Shaw did not physically resemble the man Andrews described as Clay Bertrand? The primary answer is this: Clay Shaw was gay, as was Bertrand, and he had the same first name as the character described by Andrews. 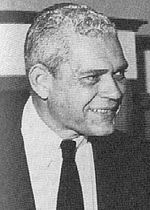 Garrison told Life Magazine’s David Chandler why he had connected Clay Shaw and Clay Bertrand: "One, Bertrand is homosexual. Two, Bertrand speaks Spanish. Three, his first name is Clay." And he told reporter Hugh Aynesworth that when homosexuals use aliases “they always change their last names, but never their first names." And so on that basis Garrison had found the mastermind behind the Kennedy assassination!

Garrison continued to flesh out his conspiracy. Next he connected David Ferrie and Clay Shaw. They were very different people who moved in different circles, but hey, they were both gay! Garrison considered that they might have a romantic or sexual relationship.

It is not well known, but at that point Garrison was firmly believing that the whole plot was a gay-based plot, with the motive being what he called “thrill killing.” This is astounding, but it is based on multiple credible sources. James Phelan was a journalist who in the early days of Garrison’s case had written a positive article for the Saturday Evening Post. As a result Garrison invited him in to give him an “exclusive” story about the investigation. The following jaw-dropping excerpt from Phelan’s book, Scandals, Scamps and Scoundrels, lays out Garrison’s primary theory at the time:

In an effort to get Garrison's story into focus, I asked him the motive of the Kennedy conspirators. He told me that the murder at Dallas had been a homosexual plot.

“They had the same motive as Loeb and Leopold, when they murdered Bobbie Franks in Chicago back in the twenties," Garrison said. "It was a homosexual thrill-killing, plus the excitement of getting away with a perfect crime. John Kennedy was everything that Dave Ferrie was not — a successful, handsome, popular, wealthy, virile man. You can just picture the charge Ferrie got out of plotting his death."

I asked how he had learned that the murder was a homosexual plot.

"Ruby was a homosexual?"

"Sure, we dug that out," Garrison said. "His homosexual nickname was Pinkie. That's three. Then there was Lee Harvey Oswald."

But Oswald was married and had two children, I pointed out.

So Lee Harvey Oswald was gay. Jack Ruby was gay. The conspirators in the killing were all gay. The biggest crime of the century was entirely gay based. Phelan’s take is corroborated by many others, including Life Magazine reporter Richard Billings, who was in Garrison’s inner circle at the time, and kept detailed notes of their conversations.

At some point along the way the “thrill-killing” theory was replaced by a theory based around right-wing zealots and CIA operatives. It appears that occurred as left wing conspiracy theorists descended on New Orleans after the case became public and convinced Garrison to change his focus.

Garrison continued to put together a case, drawing in other conspirators and other witnesses. All of these figures had extraordinarily tenuous or coincidental relationships to the cases, and many of the witnesses were demonstrably unreliable, or told differing stories, or recanted later. Garrison’s approach was described by Greg Goebel in his analysis of the case: “Garrison took great stock in ‘propinquity’ -- that is, if two or more people crossed paths in any way, that implied an association between them. It wasn't that important to him to actually validate such an association; propinquity was good enough.”

And so Garrison barreled forward, convinced he had a strong case with multiple witnesses. David Ferrie and another supposed conspirator had died by the time Garrison was ready to go to trial in early 1969, so he brought charges only against Clay Shaw. The trial turned out to be a farce, with every single prosecution witness destroyed on cross examination. The jury took less than an hour to acquit Shaw. The jury foreman later stated that the trial had made him more of a believer in the Warren Commission report rather than less.

Despite what appeared to be a debacle, Oliver Stone portrayed Garrison as a hero and Shaw as a villain in his 1991 movie JFK. In my opinion that was utterly reprehensible. And it was worse when Shaw was portrayed in a stereotypical manner that defamed both an innocent man and gays as a group. The film takes grotesque liberties with the facts, and portrays then Vice President Lyndon Johnson as part of the plot. Over the years I have come to believe that the evidence strongly shows that Oswald acted alone, but an intriguing movie could be made about a potential conspiracy. Unfortunately, JFK is emphatically not that movie.

Why was Garrison so focused on the gay angle in this story? Was it just a run of the mill prejudice, common in his era? Or was it something else? There is an intriguing intimation that something else could have been at play in stories from more than one source that Garrison himself may have been a pedophile, or had a couple of pedophile incidents. I want to be very careful here. There is so much misinformation surrounding everything about the Kennedy assassination and about the Garrison probe that it’s difficult to believe anything. But there are a couple of stories sourced from named people that deserve mention.

In 1969 a rather prominent New Orleans family was supposedly considering charging Garrison with molesting their 13-year-old son in the “slumber room” of the local health club. Someone informed the Grand Jury of the situation, and someone on the Grand Jury leaked the information to famed columnist Jack Anderson. Anderson confirmed it off the record with the Grand Jury foreman, and he subsequently wrote a column about it. The Grand Jury eventually declined to pursue the case, and the story faded away. Patricia Lambert wrote about the incident in her book, False Witness: The Real Story of Jim Garrison's Investigation and Oliver Stone's Film JFK. The book includes detailed first person remembrances by the boy and his older brother.

David Chandler was a journalist whose best man at his wedding was Jim Garrison. Chandler told Patricia Lambert that Garrison was “basically a pedophile,” though he said that Garrison’s preferred victim was an adolescent girl.

The stories are more than rumor and unnamed finger-pointing, but they were not proven in court. Nonetheless, considering the fixation that Garrison had on the gay angle in his Kennedy investigation, it certainly puts an entirely new spin on the entire episode, and on Oliver Stone’s glorification of Garrison.

Reply George
2:39 PM on November 2, 2020
Worth mentioning that Jim Garrison's brief tenure as an FBI man overlapped with the Lavender Scare, where homosexuals were removed from Government service as potentially dangerous subversives. This is of course speculation, but if he didn't specifically participate in identifying and persecuting gay people, he may have developed a more acute distrust or hatred for them, and/or woken up to the possibilities of them as scapegoats. Also if in fact he was a pedophile and the FBI knew that could have factored in his leaving the agency during that era.