Masculinity and Femininity In Pakistan

Just like there are different kinds of straight people out there, there are different kinds of gay people as well. Some gay men like to watch sports, while some like to cook. However, every society has an idea of what a “man” should be like. I never actually understood people who link “not watching sports” to being gay, but there are a lot of them out there. Do they really think there are no straight men who don’t watch sports? Because I do know a few. The same is the case with wanting to cook or keeping the house clean. Why does being straight mean that you enjoy sports, stay unclean, and don’t have to worry about household chores?

When it comes to my country, Pakistan, society has similar ideas regarding what it means to be a man. Generally, women are the ones who should be taking care of the house and children. If a man helps in any manner, then the family says that he’s “weak,” or the wife has more control in the relationship, which is considered to be an embarrassment. The point is that if a straight guy acts even a bit feminine, his family and others don’t take it kindly. Men are supposed to walk a certain way, talk a certain way and shake hands a certain way.

That’s a lot for any straight kid, let alone a gay one who is just trying to fit into society. The idea of “masculinity” is so strong in the society that even if someone is gay, he can still be shown some leniency. This concept of traditional masculinity even goes to TV show characters that people see. Even people who accept homosexuality aren’t very accepting when it comes to a gay guy who is feminine on a TV show. 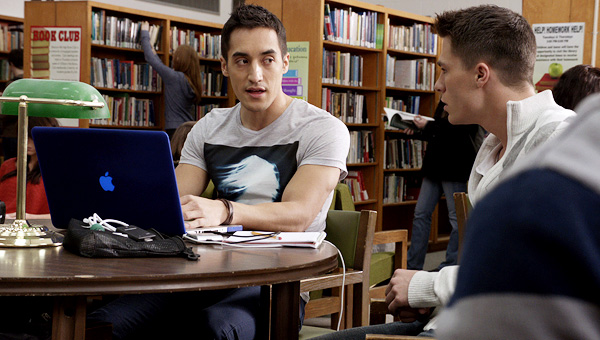 People I know who watch Teen Wolf are okay with Danny as a gay character because he is quite masculine. They were even able to sit through the kissing scene between him and Ethan because to them, Danny is a man who just happens to like other men. My mother likes him very much as well.

However, the same isn’t the case with Glee. Kurt is regarded as too feminine and I think that’s one of the reasons people deem the show as “too gay.” Actors and actresses singing and dancing isn’t much of a deal over here. Our own films as well as the Indian ones are full of that. What makes people uncomfortable is a feminine gay who happens to be one of the leads, and whose stereotypical behavior isn’t just used for comedic effect by the rest of the cast. They don’t hate Kurt. They just don’t view him as a “male.” So, I guess you can all figure out how they look at the character “Unique.” 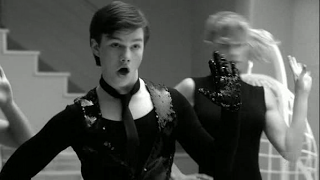 Kurt from "Glee"  -  considered too feminine in Pakistan

Over here masculinity is a term that’s related to power and dominance. When it comes to gays, it’s more related to who is the “top” in a relationship. It’s easier for masculine gay guys to stay under the radar and avoid all the bullying that comes from being feminine. Being in school and having feminine traits results in a bad time for any young boy, whether gay or not. His family will keep telling him to act masculine and his schoolmates will have a field day embarrassing him.

I personally have no problem with gay men who are feminine. I have met boys who came across as feminine, and they shared stories about how they had to face bullying at school and even by their family. Even at university level some of them were bothered by other students. I have encountered boys who experienced depression because of what they had to go through.

I believe that being a part of the LGBT community means we should be accepting of all members. However, sometimes even I feel that people need to tone themselves down a bit, depending on the situation. I don’t tell feminine boys to stop being who they are. However, I do try to tell them not to overdo it. When you live in a country like Pakistan and you are gay, it’s better not to attract attention to yourselves. Holding hands or being a bit physical isn’t a big deal here but doing something that’s out of the comfort zone of the society is risky. And that includes swaying your hips when you walk or holding your arm up as if you are carrying an invisible bag. Limp wrists are a big no as well as having a “girly” voice, and can put some people in trouble depending on the environment they are in.

Not much choice goes into whether one is basically feminine or masculine. It’s just a part of who they are and how they feel comfortable expressing themselves. As far as I know, there seems to be prejudice amongst gay men living in the States, etc. Masculine men accuse feminine ones of being too stereotypical, while the more flamboyant ones accuse the masculine types of trying to blend in with the straights.

I don’t think anyone has the right to tell anyone else how to express themselves, and that applies to everyone, gay or straight. You don’t have to like sports just to fit in, and you don’t have to avoid being yourself even if it goes against the society’s idea of being a “man.” I believe we should all try to understand and accept each other. However, like I said above, until the time comes when that becomes the prevailing value, it’s better to keep it on the down low if you happen to be gay with feminine traits living in Pakistan or any similar country. It will spare you a lot of bullying and social embarrassment. Change is coming. We just have to be patient.

Reply neyronrose
4:57 PM on December 2, 2013
I think it's good to hear the viewpoints of people living outside the U.S., so I appreciate your articles for that, Farid. It's true there is still plenty of sexism in America, lots of thoughts from some advocating traditional ways men should act and women should act. An opinion I've formed is that it's just natural for some cis men to be more effeminate. Yes, effeminate men get mocked by some more stereotypically masculine men, straight and gay. Brent Hartinger did a good article about it called "Why Can't You Just Butch Up? Gay Men, Effeminacy and Our War with Ourselves." It got a lot of comments at the time he published it.

I don't watch Teen Wolf, but in the Glee episode "I Am Unicorn," Kurt talked with Burt about how Kurt couldn't "pass" for straight, and how Kurt felt that limited his opportunities. That's different from turning up mannerisms, which is a thing that some men do, especially when they feel they're in a safe place. An older phrase for when a gay man did that was that he was "dropping his hairpins," which is an association with femininity.

It's a difficult topic, and in my observations there are a couple of different things going on, depending on the person and situation. I would hope people do what they can to ensure their safety, but in an ideal world they wouldn't have to be so watchful and they wouldn't get harassed for being themselves.