“Teen Wolf” is one of those shows – like “Glee” - that seems to generate a large amount of discussion in the gay community. It has lots of hot guys, an extraordinarily gay friendly (and quintessentially “new millennial”

vibe, and multiple gay characters. Since most of our writers watch the show with keen interest it seemed natural to do a roundtable discussion. We have five writers participating, and so we’re planning to do one question per article. We’ll get to Sterek, Danny, and other issues. But to kick it off:

Question 1:   “Teen Wolf” began as a story of one teenager becoming a werewolf, with that being an unusual situation leading to angst and relationship adjustments. Now it’s become the “monsters are everywhere” show, with new creatures introduced almost weekly. Meanwhile, serial murder surrounds the school, but the students – including the werewolves, banshees, kanimas, and whatever Kira is – blithely go to class as though they’re simply dealing with an acne breakout. Each week new supernatural phenomena are introduced. Is this goofy and scary fun, or a show going completely off the rails? 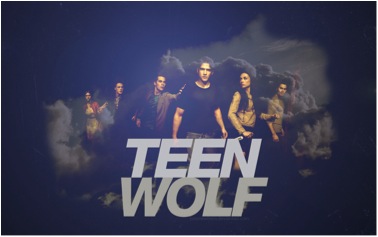 Farid-ul-Haq:   Teen Wolf started out with a very simple concept: Boy turns into werewolf and falls in love with a Hunter. The whole opposites attract thing with a lot of drama and angst thrown into the mix. Season 1 felt “complete” and Season 2, even with the Kanima, was still easy to take in. Season 3 felt all over the place. It kind of told the audience that Jeff Davis was making things bigger even if the many parts didn't mesh well. For me, TW works as a “character” show. Jeff introduced amazing characters and it's frustrating not to see enough focus on them. What we got is a bunch of new half-baked characters that don't add much to the plot and newer ones popping up every week. Where did were-coyotes come from and why now? Inconsistency in the show has become too obvious. The characters have started to come across as emotionless. For example, in the first two episodes of 3B Stiles suffered from nightmares, but in episode three he's completely fine, doesn't mention anything, and goes to school at night to pull a prank on the coach. The whole “murderer in school, lock it down” thing was just unrealistic. And that's saying something for a paranormal show.

What started out as goofy and scary fun, with a very good looking cast, is in danger of turning into a show that's all about shock value and not enough quality. As far as I know, there are fans, myself included, who are sticking around because they love the characters and the ships, and are hoping TW gets things together soon. But I don't know how long we can keep doing that. What can be said about a show that has started to promote it's ships in front of viewers to garner interest rather than trying to lure them in through better plot development?

Dback:    I respect that the show is developing increasing complexity as it progresses—it’s certainly more intelligent and seems better thought out than “Grimm,” for example. And a lot of the plot twists and whatnot seem appropriate to the high school milieu, when kids are morphing and changing on an almost daily basis—intellectually, physically, emotionally, etc. I think the show has to be careful, however, about abandoning/losing/killing off characters the audience has invested in. “Buffy the Vampire Slayer” got a little out-of-control in bumping people off, so for me “The Body” (where Buffy’s mom died) didn’t have as much impact as it could have. Similarly, how many relatives has Allison lost now?

I also understand that Colton Haynes left the show, but that was a real loss to the ensemble--his character’s search for acceptance/meaning, even if it meant becoming a monster, was tragic and moving. Thus, I think the show should be very careful with its current core group of characters, but also those on the borderline periphery such as Danny and Isaac. There’s a big difference between “horror” and “slasher,” and I don’t want “Teen Wolf” to collapse into being just a slasher show.

Lane Forsman:   In my opinion Teen Wolf exists in a context. Shows like “Buffy the Vampire Slayer” set the tone for high schoolers dealing with the supernatural, and then going to the mall after. I don't think that's a hard thing for an audience to accept these days. Beyond that, the juxtaposition of the realities of being a teenager with the "realities" of the supernatural in the show are what give it more punch and allow for a starting place of understanding. Also, I don't know that I agree that new phenomena are introduced weekly (and yes I understand that there was hyperbole applied in that statement), but instead I think that each season (or block of 12 episodes since season 3 has been split into an A and B) introduces an overarching phenomenon and then explores that world across the arc of the episodes. My point is that that the things that are introduced aren't as sloppy as simply having something to catch our eye, but rather that they are embedded in the mythos of that season.

Really, the main thing I have a hard time suspending my disbelief about is the over sexualized nature of the characters on the show. But since the actors are all well of age I'm not really complaining.

John:   Still definitely in the goofy scary neighborhood. The show is about a teenage werewolf so it's ultimately always going to have silliness at its core. But when it wants to the show can pull off genuinely creepy and terrifying moments. Despite their actions having town-wide ramifications (like the blackout or hunting for "mountain lions" as the source of the animal attacks in season one) Beacon Hills has the same brand of Somebody Else's Problem field that Buffy had and I'm fine with that.

Dennis Stone:   I’m with Farid in thinking that the show started off great, with interesting characters and relationships surrounding a shocking paranormal twist. And I’m also with him in thinking that the show has gradually become a jumbled mess. When the main character is dealing with the ramifications of being a werewolf – imagine what an incredible situation that would be if it happened to you – and with the dangers lurking out in the dark with possible other werewolves, everything that happens is engaging and means something. Then add the situation of your girlfriend being in a family of werewolf hunters and the drama deepens and the suspense ratchets up.

On the other hand, when there are new creatures and supernatural events cropping up weekly the impact is lost, and the stakes are dramatically lowered. The more mayhem, and the more seemingly random entities that are introduced, the less we actually care. In a way it’s like the difference between a masterful suspense movie where most of the actual violence is off screen, and a bloody hack-em-up with one graphic scene after another. The former is much more effective, and if it has interesting characters it makes you care.