Last year at Thanksgiving I wrote a long piece about listening to the 18-minute song "Alice's Restaurant" by Arlo Guthrie, recorded in the late 60s. The song has become something of aThanksgiving tradition on many radio stations because the story told began on Thanksgiving. The song was playing as I drove to my brother's house for Thanksgiving dinner last year, and I wondered if they would bleep the word "faggots" at the end. I was pleased when they did NOT censor it. Read the original article to understand why. I just re-read it myself, and with all lack of humility I think it's one of my better commentaries! 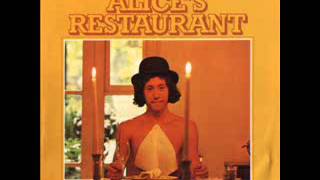 This year I had just started driving to my sister's for dinner, and while fiipping through stations encountered the song again. It had literally just started, and since the drive is about 20 minutes the timing was almost perfect. I'm not making this up! It happened exactly that way. Once again I wondered how this station would handle "the word." It was a different station from last year. This was the station that broadcasts Minnesota Twins baseball games, and plays mainstream rock the rest of the time. Overall it's a more conservative station than the publicly affiliated one on which I heard the song last year.

As I listened to the song I was reminded again of how brilliantly structured it is, and how hilarious some of the lines are. Eventually we neared the end, and I was ready for "faggots."  It never came; the word was simply removed from the song. I felt a visceral sense of disappointment.  I WANTED to hear the word. Again, read last year's story to understand why I feel that way.

On another note, I saw an interesting statistic in the current "The Advocate."  In 1991 there were 49 openly gay elected or appointed officials in the entire country. Today there are over 500!  That is phenomenal. What it means is that we have won the war here in the United States. There are still battles to be fought and won, as in most wars where the losers fight on for awhile after it's obvious who will emerge victorious. THERE IS NO GOING BACK. Lots of gay people haven't realized the reality of this wonderful situation. I keep hearing people say "we can always go back to the dark days."  No, we can't. Social evolution doesn't work that way for issues like this. This issue is even more guaranteed to not go back than some. In our case the problem has been ignorance, or willful misinformation, or ingrained beliefs and feelings from childhood. Knowledge learned can not be unlearned. Misinformation once corrected can never again dominate. Ingrained beliefs once overcome by time and thought and social movement will not reassert themselves. Bottom line:  WE HAVE WON.

And don't tell me about the lastest gay beating or pronouncement by Pat Robertson. As awful and despicable as those types of situations are, they are the dying bleat of a doomed outlook. The death throes of an increasingly discredited world view.

I hasten to add that I am talking about the United States. There are many countries and regions of the world still living in what I would call the "dark ages."  Russia, Uganda and several others leap to mind. Even for them it's just a matter of time, but who knows how long that time will be. In the meantime the lives of our brothers and sisters in these parts of the world are often absysmal, and we in America or Europe or other places should never forget about them.

But the social evolution in the United States has been stunning in its breadth and swiftness over tha past five years. As I've said before, I grew up in a much different time, and we could only dream of the possibility of a world like this. And so today, on Thanksgiving, as a gay man I am happy and thankful and hopeful.

Reply Hue-Man
9:51 PM on December 23, 2014
Update on the Vancouver School Board candidates: They've announced a lawsuit against their former party, the NPA (business friendly right wing), for defamation. They claim the NPA "...created a ?false and misleading? portrayal of the pair as ?homophobes? who are ?intolerant of the LGBTQ+ and gender variant communities.?" dailyxtra.com/vancouver/news/former-school-trustees-sue-npa-city-
councillor-defamation-97238
There are some really juicy "KNOW HOPE" quotes in the article from rightish politicians who don't want to appear "intolerant".

Reply Hue-Man
12:56 AM on December 10, 2014
Dennis, I forgot to comment on the use of the word "faggot" - this time of year brings out the censors on radio of Fairytale of New York by the Pogues. I agree with you that it's ridiculous to censor a song from 25 years ago - it's hard to imagine who might be caused pain or strife by leaving it in. I have to admit it's a word I would never have occasion to use.
More "Know Hope": Today's local TV news covered one of the B.C. Top 10 news stories in of 2014. "The new [Vancouver School Board] guidelines allowed transgender students to be addressed by the name that corresponds with their own gender identity, and to use the washroom of their choice."
The strangest aspect of the story was the following:
"School trustees Sophia Woo and Ken Denike also opposed the policy change, saying it could affect enrolment in public schools and real estate values on the city's West Side.

The pair were expelled from the Non Partisan Association [right-wing business-friendly] caucus for their stance, and ultimately lost their bid to sit as independents on the school board in the fall civic elections." www.cbc.ca/news/canada/british-columbia/transgender-policy-for-va
ncouver-schools-draws-fire-1.2850954
FYI, the median price in 2014 of Vancouver West Side detached homes is CAD 2.384 MILLION. Their argument was that wealthy Chinese wouldn't send their kids to school in Vancouver and buy a house for them to live in, if transgender students were accommodated.

Reply Dennis Stone
1:10 AM on December 8, 2014
Hi Hue-Man! We must be on the same wavelength. I was just finishing the posting of a new article when your comment came in. Interesting stuff about Alberta. Being a provincial Minnesotan I hadn't heard any of that. But it represents what I've been noting with amazement here in the U.S.: open intolerance of gay people just isn't acceptable any more, except for sections of the far right. Even most of the Fox News people would never go to that level, and many support gay marriage. Pat Buchanan, one of the original anti-gay crusaders from the 80s and 90s, never talks about gay issues, and quietly acknowledges that gay marriage is inevitable. It's a combination of the internet age, where people are exposed to more and more things, including gay people in multiple contexts. Then once it starts it just builds on itself. More people come out, which in turn influences the people who know them. Then as being gay becomes a bit more acceptable, even more gay people come out. And the process repeats. At some point almost everyone makes the same discovery: gay people aren't scary or dangerous! In fact, they're pretty cool! So how can you be homophobic? And how could we possibly go back?

Reply Hue-Man
12:49 AM on December 8, 2014
I'm back after my lobotomy - my new Win 8 computer crashed with all my bookmarks transported to the darkest reaches of the visible universe. Glad to see your posts - particularly this one on Alice. I've not thought of that song for years but will make a point to listen to it soon. Despite early-onset Alzheimers, I have a pretty good idea of the storyline.
On the "Know Hope" story, I've been commenting at BTB's open thread about Alberta's gay problem and why American LGBT should be more optimistic and positive. To resume:
1. 2012 The far-right Wildrose Party lost the election that they were supposed to win because two candidates were shown to have made racist and anti-gay statements.
2. The destruction continued this summer when the Wildrose membership voted down a party position that Albertans should not be discriminated against based on religion, race, sexual orientation, etc. Two MLA's (State Reps) jumped ship to the Progressive Conservatives (right wing) and other workers left claiming "intolerance".
3. A bill was introduced by a Liberal (center left) MLA which would require all schools to host GSAs. The ruling Progressive Conservatives thought they would trump the bill by introducing a GSA bill that didn't require GSA's but allowed students to sue.
4. When chaos ensued, that bill was amended hastily to allow GSA's off school premises, then the bill was withdrawn the day before the end of the Legislature. The issue is fundamentalist and Catholic schools and rural school districts who have been fighting GSAs despite studies that show they reduce bullying.
If gays can bring down political parties in"Texas North" , it's a hopeful sign that the same will happen in the U.S. even if it takes another decade. My read is that LGBT issues have moved to neutral in U.S. voters' views (although you wouldn't know it listening to people like Huckabee); it's a matter of moving voter perceptions to being against the anti-gays. I'm not smart enough to know how that is done...Here's a good current link with reactions to the story.
"Alberta's most famous gay twin singing duo Tegan and Sara applauded the Alberta government's decision to press pause on a controversial gay-straight alliance bill yesterday." www.huffingtonpost.ca/2014/12/05/tegan-and-sara-bill-10-gsa_n_627
6316.html