As I was coming home late last night I heard a song on the radio that I vaguely recognized. Great romantic tune, beautiful voices, the type of song that makes me feel I’m in love even when I’m alone. Then the words of the chorus hit me:

Something happens when I hold him

He keeps my heart from getting broken

We hold each other

We hold each other

Even in today’s world that’s the sort of lyric you don’t hear every day. I remembered hearing it a couple of months ago, and I planned to research it with an eye toward writing something on this site. But I hadn’t resumed writing at that time and the idea drifted away. But last night I finally looked into it, and was glad I did. 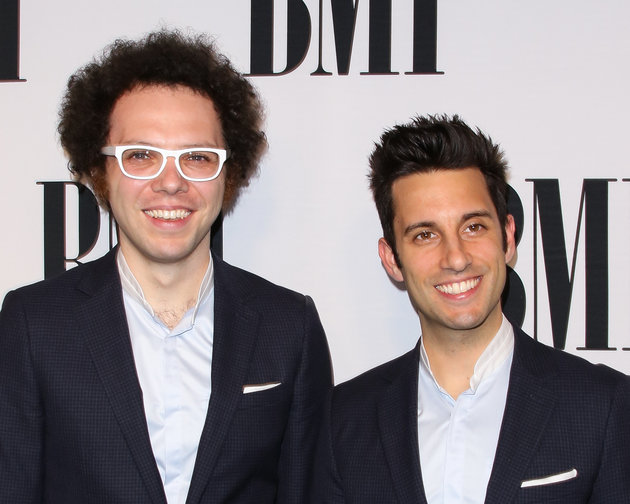 First of all, the song is called “Hold Each Other, and it’s by a duo named “A Great Big World.” You may remember them for the monster hit “Say Something” with Christina Aguilera. That was another beautiful melody. They also had their song “This Is the New Year” covered by New Directions in the fourth season of “Glee.”

Ian Axel is straight, and sings the first verse and chorus with female pronouns. Then Chad King, who is gay, sings a verse and chorus with male pronouns. That is followed by a rap interlude by Futuristic. On paper that sounds like an idea that wouldn’t work, but it does, wonderfully. In fact, the whole video gives me a feeling of human unity, with disparate parts perfectly combined: straight and gay, black and white, pop and rap. Everyone getting along happily in a peaceful and loving urban setting. Sigh…What the world COULD be like.

Originally Chad was going to sing his section with female pronouns, simply because that’s how pop songs historically have been done. The funny thing about that is that he’s been out for about eight years. The plan wasn’t to hide anything, but simply to conform to pop music conventions. But the more Ian thought about it, the more “off” it seemed to have Chad do that. And so they did it the “right” way.

Chad was amused to read several stories that referred to this song as his coming out. To some degree we all have to keep coming out as we go through life. If you go to work for a new company you have to come out there, even if you were fully out at the prior company. If you meet new people you have to come out to them, even if everyone else in your life has known you’re gay for several years. For a celebrity, you can be out in all aspects of your personal life, but if you haven’t had the “People” magazine cover story with “I’m Gay” in big letters on the front you’re not really out in some people’s minds. I’m not complaining at all about any of this, it’s just how things work.

There are some overtly “new millennial” aspects to this story. The guys took their newly recorded album to Epic Records chairman L.A. Reid, who you may remember as a judge on the American version of “X Factor.”  He insisted on issuing “Hold Each Other” as the first single. That wasn’t a bold “statement” on his part. Nor was it an attempt to generate buzz and sales. Rather, it was simply the most radio-friendly, most appealing song on the album. According to Ian and Chad, the gay aspect wasn’t on his mind at all.

Considering that the guys originally weren’t going to use male pronouns in “Hold Each Other” it was a bit surprising to find a song on their first album with the endearing title “Everyone Is Gay,” issued a year before “Hold Each Other.” It starts out like this:

Don't pretend that you're straight

You can be who you are any day of the week

You are unlike the others

So strong and unique

We're all with you

If you're straight well that's great

You can help procreate

For the whole human race

Make a world we can live in

Where the one who you love's not an issue

'Cause we're all somewhere in the middle

And we're all just looking for love to change the world

Reply Dennis Stone
2:22 AM on January 4, 2016
Hi Ulysses - Yup, that's a guy! I really love that video. Though who is the hunk in the green shirt who is about the only guy in color? I first thought it was Chad's "guy," but then at the end he's walking arm in arm with a woman.