The piece below was originally part of my longer essay "Three Truths From Orlando That Many Are Getting Wrong."  It was a fourth truth, but the essay was too long, and so I excised this section. The attack in Nice, France buttresses the basic thesis that there is really nothing we can do to stop mass killings, especially those related to political or religious terrorism. France has strict gun control laws, but the Nice killer had multiple guns. Further, most of his carnage was done without guns, simply by driving a truck into a large crowd. Here is the original section from the Orlando essay:

After the shock and grief of Orlando began to subside we began to shift into the typical and laudable mode of asking what we can do to prevent future tragedies. In addition to enhanced gun control measures several suggestions were made: the media could refuse to constantly repeat the name and tell the stories of the killers, since notoriety is a primary goal; mental health issues could be addressed more readily and comprehensively; child rearing could focus more on teaching empathy and respect for diversity; security could be enhanced in public places. 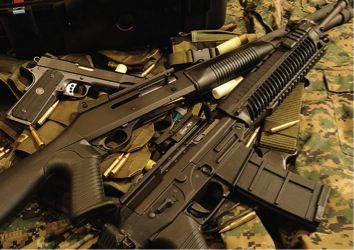 I hate to be the bearer of bad news, but the reality is that we really can’t do anything to prevent mass shooting events like Orlando. I have discussed gun restrictions earlier. And good luck with getting the media to adhere to any sort of blackout regarding the names and backgrounds of mass killers. A couple of media members gamely spit into the wind on this score regarding Omar Mateen, including Anderson Cooper. But any mass shooting will inevitably result in extensive coverage and notoriety for the shooter. Combine the First Amendment with the insistence of the citizenry to have all the information, and any hopes for a news blackout are hopeless, even laughable.

Regarding mental health, there are an enormous number of people with mental health issues who could benefit from some professional intervention. But there is no way to determine which of them might become an Omar Mateen. Acquaintances said that Mateen was angry all the time. Well, there are large numbers of Americans who are angry all the time. Very few become mass shooters. After an event it’s easy to point to what we knowingly label as “warning signs.” But millions of people have warning signs of one sort or another. I’ve known several people in my life with warning signs that gave me pause, but none of them have ever committed murder. Further, individual rights prohibit people from being forced into psychological care, apart from rare circumstances.

The United States needs major improvements in how it handles mental health issues, but even if made tomorrow those improvements would have at best marginal impact on the problem of mass shootings.

As with other potential solutions, teaching empathy and respect for diversity is a worthy goal, but religious extremism, mental illness and the vagaries of human psychology can easily trump our lofty ideals.

Enhanced security can have an impact, but how many of us want to have metal detectors at the doors of our bars and clubs, or at every movie theater, mall, parade, or other gathering, with armed security guards constantly roaming about. No matter what we do, determined killers will always be able to find vulnerable targets.

Attorney General Loretta Lynch had a suggestion: “Our most effective response to terror and hatred is compassion, unity and love,” she said after the Orlando attack. I like and admire Lynch, but those pretty words have the same practical import as most of the other suggestions, i.e., virtually none.

The bottom line is that terrorism and public killing sprees are a fact of life in our modern world. Human nature, compounded by the myriad forces attached to the internet, makes that a reality. We can and should take whatever steps we can to mitigate the problem, but we should have no illusions about our power to stop the phenomenon.