"The Advocate" Is Completely Wrong About Orlando

People see what they want to see, and believe what they want to believe. Psychologists have been telling us that for a long time. The phenomenon is even more pronounced for people with strong political, philosophical or religious viewpoints. I see it with gay advocates almost as much as I see it for strongly religious people.

A case in point is “Advocate” editor Matthew Breen’s “Editor’s Letter” in the August/September issue, which is the issue primarily devoted to the Orlando tragedy. Orlando has been a devastating emotional experience for many queer people. You can feel the depth of Matthew’s reaction throughout his letter. Unfortunately, the letter is informed primarily by his emotion and his biased preconceptions as a gay advocate. Logical thought is the casualty of that, and unfortunately his letter comes to all the wrong conclusions about the event.

Obviously, my value judgement on that is nothing beyond my personal opinion, but it’s based on an INTENTIONAL attempt to eliminate my biases and my emotion. I wrote a previous piece about the three things queer and progressive observers were getting wrong about Orlando, and that piece was published before Matthew Breen’s letter. Matthew’s letter reads as if he had studied my piece, and then decided to take the position opposite of mine on all points.

His most egregious misunderstanding is his attempt to place the blame for the attack on America’s Christian right wing. He starts by saying the massacre was “about one thing: the hatred of queers.” Throughout his letter is the contention that the hatred had little or nothing to do with Islam’s antipathy to homosexuality, but rather was generated by the intolerant climate created and nurtured by Christian conservatives. This despite the fact that Omar Mateen was a Muslim who attended mosque regularly, and who had a father passionately opposed to homosexuality because of his Muslim faith. He had twice traveled to Saudi Arabia for religious pilgrimages. He had expressed antipathy to American culture and values. Most importantly, in discussion with police during the siege that followed the shootings he overtly claimed allegiance to Muslim extremist groups, the same groups that express hatred for Christians and have executed many of them. 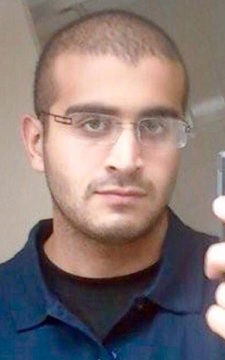 In full transcripts of his discussions with police that were just released in late September it becomes obvious that his stated intent was not directly related to gays at all. Rather, he talked repeatedly of the actions of the U.S. in Syria and Iraq. He seemed especially upset by an airstrike a few weeks previously that had killed an ISIS leader named Abu Wahib. He persisted over and over again in demanding that the airstrikes be halted. In addition, he mentioned one of the Boston marathon bombers as an inspiration. Both Mateen and the Boston bombers appear to have been influenced by the Muslim imam Anwar al-Awlaki, who had actively incited the murder of innocent Americans before his death in a drone strike.

Mateen never mentioned gay people at all in those discussions with police. So it now seems that the queer angle may have been tangential to Mateen’s primary motive. It’s possible he picked Pulse because it was a soft target that guaranteed maximum casualties. It’s possible that he was gay himself (as indicated by some evidence and as believed by his ex-wife), and his internalized homophobia was a secondary consideration in his choice of target. It’s possible that his Muslim faith and/or his father’s antipathy to gays led him to pick a gay bar to act out his hatred for American culture and its military actions in the Middle East. But all evidence points to the gay angle as secondary at most. The act was NOT “about one thing: the hatred of queers.”

And if hatred of queers did factor into the attack in some way, there is simply no logic that can tie it to American Christian conservatives. I have absolutely no desire to defend the Christian conservatives who oppose our rights, especially those on the fringes who still overtly demonize us. But truth is important, evidence is important, logic is important. And the truth is that Mateen’s worldview and outlooks were shaped by his Muslim faith, and had nothing to do with any “culture” generated by Christian conservatives. In fact, he rejected that culture; it was foreign and abhorrent to him. The people who espouse it are the people who dislike Muslims, and support American aggression in the MIddle East.

Breen refers to the “fundamentalist zealots, frothing from the pulpit, saying gays should be put to death,” and to those who call us “perverse abominations.” You can find those people on the internet, but they are a TINY minority in the Christian conservative community. The overwhelming majority of Christian conservatives would totally disavow such language. Most follow the dictum of “love the sinner, but hate the sin.” We can be frustrated or feel marginalized by that attitude, but it in no way fosters a murderous culture.

I am passionately opposed to Islamophobia, but I am also passionately supportive of facts. There is indeed a long history of hatred of gays in the Islamic world, and even today ten countries have the death penalty on their books for homosexual acts. A much higher percentage of American Muslims than American Christians oppose marriage equality. ISIS - to whom Mateen pledged allegiance - has executed gay people by burning them or by throwing them from buildings.

In what may be an incident of eerie coincidence, Muslim scholar Farrokh Sekaleshfar gave a presentation at the Husseini Islamic Center, less than a half hour away from Pulse, two months before Mateen’s attack. Sekaleshfar preaches the execution of gay people as an act of “compassion,” to save their souls. Several other Islamic extremists are centered in Florida or have been active there, including Shafayat Mohamed, who blamed the 2004 Indonesian tsunami on gay sex. It’s unknown if Mateen was exposed to any of these people, but if you want to talk about the exposure of a Muslim to an anti-gay “culture,” this is what you should be looking at.

Think about it. A practicing Muslim who dislikes American culture and is outraged by American activity in the Middle East, who has a strict anti-gay Muslim father, and who admires the Boston bombers, kills 49 people while pledging allegiance to ISIS and decrying an American airstrike. And we blame right wing Christians for it. Seriously?

How do observers like Matthew Breen come to conclusions that fly in the face of facts and logical considerations? I’ll repeat the quote from my earlier article from social psychologist Jonathan Haidt, as published in the New York Times: “The left is very worried about homophobia, but it’s also very worried about Islamophobia, so there is going to be some real cognitive dissonance on the left as people talk about a Muslim killing many gay people. When we hear news reports, we don’t decide what happened and then decide what to do about it. Rather, we know what we want to do, and we interpret what happened in the way that will best help us do what we want to do.”

That appears to be EXACTLY what Matthew Breen has done. He wants to absolve Islam, and he wants to indulge his hatred of the Christian right wing that has made gay life so difficult through the years. And so he says “ISIS is a goddamned red herring.” And he says that since Mateen was born in America his hatred of gays was “homegrown,” and the Christian “religious and political fanatics within our own borders are complicit” in the attack.

Devastation followed by righteous anger is an entirely appropriate response to the Orlando attack. But it’s unfortunate when we allow our prejudices and our cognitive dissonance to identify the incorrect guilty parties. Especially when the true guilty party is so easy to see. Islamophobia is an awful thing, and we owe it to our Muslim brothers and sisters to oppose it however we can. But that worthy goal does not allow us to twist the truth, to transfer blame from the guilty to the innocent, or to draw wrong and/or simplistic conclusions from a seminal event.

Coming in part 2: the other aspects of Orlando that I believe Matthew Breen got wrong. The religious angle was important enough to comprise an entire article by itself, and so the other issues will be covered in a second piece.