The Backlash Against "Out" For the Milo Yiannopolous Profile Is Dangerous

When I received my latest issue of “Out” magazine I was delighted to see a profile of gay alt-right provocateur Milo Yiannopolous. I was delighted not because I agree with him or admire him - as a lifelong progressive I am adamantly opposed to most of what he espouses - but because Milo has become increasingly prominent in the cultural discourse, and because his gayness seems so out of place in the historically homophobic far right wing. As a flamboyantly outrageous anomaly he is interesting. I’ve seen him mostly in headlines and superficial stories that skim the surface, as too much of modern “journalism” does. In left wing and LGBT circles he is routinely reduced to a caricature. Caricatures aren’t very useful to someone who wants to understand the world. A profile in “Out” seemed like a terrific idea.

I was impressed by the piece. It does what quality profile pieces should do. Even though Yiannopolous clearly holds views that are antithetical to those of the magazine and the writer, the profile allows him to speak for himself. It then provides the counterpoint that a profile of a controversial figure requires by including the views of several people who take Yiannopolous to task in various respects. The profile also provides a bit of a look into his early years and background, and gives a feel for his day-to-day life. Textbook journalism. 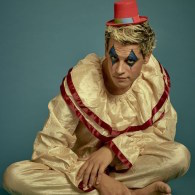 Shortly after reading the piece I discovered that it had generated a firestorm of criticism in the LGBT and progressive communities. “Fury” would not be too strong a word. “Think Progress” published a strongly worded rebuke to “Out” that, when I last checked, had been signed by 83 LGBT media people. The Twitter firestorm included phrases like “mind blowing and inexcusable,” “I was horrified,” “disgusting.”

Many thought a “racist, bigoted monster” should not be profiled at all. Others called the profile a “puff piece” that was “fawning,” “glamorizing,” “normalizing,” etc. Most were aghast that writer Chadwick Moore let Milo speak for himself without challenging his views. The “Think Progress” open letter bluntly said that the piece “negligently perpetuates harm against the LGBT community.”

With the criticism in mind I re-read the profile. Perhaps I had been in a frivolous mood when I first read it; perhaps I had not been using my critical thinking skills. However, after reading it a second time I was just as impressed as I had been the first time, and even more perplexed by the intensity of the criticism.

The most perplexing aspect of the criticism was that quite a bit of it attacked “Out” on the basis of its journalism being irresponsible and faulty. Have none of these people been to journalism school?

Advocacy journalism is a type of journalism that exists to promote a specific viewpoint. “The Advocate” magazine - the sister magazine to “Out” - is a perfect example. Since 1967, two years before Stonewall, it has been promoting and advocating for queer civil rights and the visibility that helps propel that struggle forward. “Struggle” and “fight” are two words that describe its mission, its raison d’etre.

“Out” represents a different type of journalism. It seeks to explore the big wide world of gay life in all its diversity. In that effort it sometimes will peer under rocks that devotees of advocacy journalism would be more comfortable leaving unturned. Its goal is not the same as that of “The Advocate.” If it were, the names of the magazines would have to change. They would be “The Original Advocate” and “The Advocate - The Bigger and Glossier Version.”

Do all of the critics out there not understand this disparity of purpose between the two magazines? Or do they just assume that ANY queer media endeavor MUST by definition adhere to the principles of advocacy journalism?

In the context of the purpose of “Out” a profile of someone like Milo Yiannopolous seems to me to be virtually inevitable. As an intelligent, open minded gay person I WANT to know more about him. Do the critics think he should remain a stick figure, a bloodless symbol of evil, the shadowy boogeyman of our nightmares? Actually, I’d guess that many of them want exactly that. Good journalism doesn’t allow that kind of reaction, however.

Let’s look at a few of the specific criticisms being made of the “Out” profile. Many people said the piece “normalized” Yiannopolous. In other words, our fevered imaginations see him with a tail and devil horns, spitting fire and blood. We’re upset when we are shown that he’s really just a human being whose parents divorced when he was six, and who is pleasant and affable in conversation. If normalization means we see someone - even someone we consider an enemy - as a real person as opposed to the product of demonization, then I’m all for normalization.

What about the criticism by many that Chadwick Moore did not challenge Yiannopolous’ views? Ira Madison, the culture writer for “MTV News,” called the piece “a fawning endorsement that challenges Milo on nothing he says.” Actually, Moore inserted into the piece multiple refutations or criticisms. Christina Hoff Summers regrets that Milo supports Trump, and says “he doesn’t understand American politics.” She paints the portrait of someone “insufficiently critical of the alt-right,” and says he’s in denial about the excesses of his followers.

That doesn’t sound like a “fawning endorsement” to me. It is true that Moore didn’t engage Milo in direct challenges or argumentative debate during their interview. But profile pieces rarely engage in that sort of thing. Writers don’t fight with their subjects, and if they did the discussion would soon be bogged down in the weeds of detail and back-and-forth debating points. Journalism trusts that the readers bring some level of critical thought to the table, and are able to make up their own minds about what the subject is saying. Again, did none of these critical “journalists” go to journalism school?

If you thought that the “Out” piece provided a disgracefully non-critical pulpit from which to speak, check out the interview that “The Nation” did with Yiannopolous, posted on October 16, 2016. “The Nation” is perhaps the most prestigious progressive magazine in the country. Its interview allows Milo to go on at length about his political and cultural viewpoints, with little pushback. At the end the reader has a much better understanding of what Milo thinks and why. The caricature is replaced by knowledge and substance. That’s how journalism works.

The open letter talks ominously about the great harm the profile does to the LGBT community, but it never makes a cogent case for what that harm really is. It begins with familiar boilerplate about visibility and intersections. All worthy goals, of course, but they have nothing to do with how the Yiannopolous profile harms our community. The point seems to be that the space devoted to the profile should have been used for something other than a “gay, white, cisgender male narrative,” as the letter puts it. To argue that publishing this one profile results in the “erasure of all those who are not highlighted” is utterly absurd. There is just no logic there.

The letter goes on to say that the profile provides Yiannopolous with “a pedestal to further extend his brand of hatred.” It’s back to journalism school again. A journalist worthy of the name does not avoid profiling an objectionable person because what they say might be problematic or anti-social. In fact, exposing those viewpoints is often the point. “Out” editor Aaron Hicklin said in a tweet that he had been asked if he would have profiled Goebbels in 1940. “Umm, yes, of course,” he replied. That’s how journalism works.

Do you really think “Out” readers are going to read the profile and suddenly say, “Well, gee, now I get it; I’m going to become an anti-trans alt-right warrior! And while I’m at it I’m going to fetishize black people and support Trump.” That would be quite an indictment of “Out’s” readers.

We live in an environment that a local radio host calls “pitchfork nation,” where people are easily outraged, and who then take advantage of social media to create virtual “gangs” that gather their pitchforks, rocks and guns, and then storm the offender’s home to set them straight. That’s what happened to “Out” and editor Aaron Hicklin. The avalanche of criticism was an attempt to shame “Out,” to make them feel guilty and toe the party line in the future. Ira Madison started the hashtag #OutMagazineIsCanceledParty.  Chilling.

Journalism always seems to be under attack. And the danger does not always come from the right wing.