One of the scariest aspects of being gay for many people is the need and/or desire to come out to one’s family. That is true at any age, but especially so for young people not yet well established on their own. Even in today’s relatively enlightened world the fear of rejection from the people who dominated one’s life for so long, the people who should be the ultimate and safest refuge, can be intense. And the younger a person is, the more dangerous can be the practical results of rejection.

I was palpably reminded of that fear while watching “When We Rise,” the excellent ABC miniseries that was, unfortunately, seen by far too few people. Activist icon Cleve Jones, who wrote the memoir on which the miniseries was based, came out to his psychologist father when he turned 18. Jones’ father did not take the revelation well. He wanted Cleve to get electroshock and other barbaric conversion therapies to eradicate the “illness,” and he made financial help for going to college conditional on that therapy. The atmosphere became so poisonous that Cleve soon left to make a new life in San Francisco. 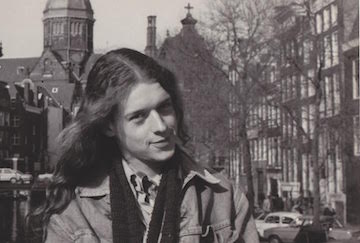 Young Cleve Jones back in the day.

Later in the series another harrowing coming out was portrayed. Richard Socarides, who became a senior advisor to President Clinton, came out to his father, the notorious Charles Socarides. The father had become famous for his work and books on the subject of homosexuality, based on his passionate belief that it was a mental illness that could and should be cured. When Richard came out to him he reacted angrily, and then pulled a gun from a drawer and threatened to shoot himself in the head.

I was struck by the reactions of Jones and Socarides to their familial rejection. Rather than meet anger with anger and rejection with rejection, both reacted with disappointment and pain. But both continued to maintain communication in the hope of a more accepting future. Their hurt and sorrow, their patience and hope, did not reflect weakness or a lack of self-respect, but rather the depth of their love and a belief in the power of time to change viewpoints. When Socarides ended the conversation with his father by saying “I love you Dad,” I did not see capitulation or a lack of self-respect. Rather, I saw a strong and self-confident gay son towering over a clueless little man.

Unfortunately, Socarides’ hope was not rewarded. His father never changed his views, and their relationship was never the same. Jones was more fortunate. His father became an unconditionally loving advocate and supporter, and they became close once again. As he told the “Daily Beast” about his parents: “Both of them were quite perfect in every way. They went to quilt displays and marches and became activists. There was a rapprochement.”

His advice to young people today who encounter resistance or rejection from their parents? “I hear from young people every week who have come out who are rejected by parents. I always tell them, ‘Do what you need to do to protect your heart. Maybe a bit of distance would be good, but leave the door open.’ I think what happened with my parents, especially my father, was repeated around the country.”

Many in today’s gay community feel that the best response to any rejection or disrespect is confrontation or reciprocal rejection. Anger is the watchword of the day. We want to raise our fists and fight back against any who would not accept us as equals, who would not embrace us for what we are. If someone - whether family member, co-worker or friend - has negative reactions to our sexuality, then fuck them. We don’t need them in our lives, and WE’LL reject THEM. To react in any other way shows a lack of self respect, it reflects a passivity we can’t afford.

But the thing about anger and about fighting is that we have to know when and with whom to be angry, when and with whom to fight. Fight against any attempt to roll back our hard won rights, fight against the bathroom bills that keep popping up, fight for the long overdue Equality Act (soon to be reintroduced in Congress). In the spirit of “One Struggle, One Fight,” fight for racial equality, an increased minimum wage, environmental protection, humane treatment of animals, and all the other issues you care about.

But don’t fight your family, even if they are not accepting and supportive. Take your cue from Cleve Jones and Richard Socarides. Give your family time to grow, to learn, to mature. Continue to love, continue to be the bigger person. You have the superiority, you have the moral high ground. Recognize and understand it. Own it.