I Couldn't Be Gay....Could I? Remembering the Summer Before 7th Grade

2008. It’s the summer before 7th grade, and I'm sitting in the living room watching Friends on DVD. I’m working through the entire series for about the sixth time. I have yet to figure out what the guys from school see in Jennifer Aniston that's apparently so awesome, but I figure it'll hit me soon. After all, I turn 13 in September. 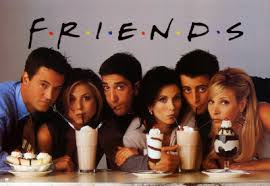 Over the course of 6th grade I'd started to find it really, umm…, “interesting” when guys in my superhero movies got their shirts ripped off mid-battle. That was weird, and I wasn't quite sure what to make of it, so I mostly ignored it.

Nearing the end of Season 7 I start up "The One with Chandler's Dad." The plot revolves around Chandler planning to invite his oft-mentioned drag queen father to his upcoming wedding. He and fiancée Monica arrive at the drag show and Chandler looks away, embarrassed, while his father swishes across the stage. As go-go boys in Speedos turn around and break into a choreographed "It's Raining Men" set, something horribly and irrevocably clicks into place in my head. 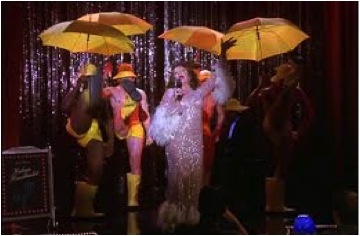 Guys. I like guys. That's why I keep getting weird pants feelings from superheroes. I'm physically attracted to them. And this... stuff happening on my TV screen. That's what gay people are into. That's what they spend their life doing. That's what I'm going to spend my life doing, if I'm gay.

Except... Well, clearly I'm not gay. I don't want to spend my life having my (entirely straight) friends looking embarrassedly away from me as I dance to disco in a Speedo. I'm way too “normal” to like stuff like that. Clearly, I'm not gay. I think…

As soon as the episode ends I rush to put the DVD away. I walk up to my room, hoping my mom doesn't notice my alarmed face, and try to calmly close the door.

As the next few days pass I try to push certain thoughts out of my mind. If I just hadn't watched that episode I wouldn't have gotten the mistaken idea into my head that I could be gay. Without it, I'd be starting to get into girls. If I just keep those thoughts out of my head long enough, my latent attraction to women will burst forth. The one time I thought I was gay will become a wacky tale I tell my wife one day.

The thoughts keep coming. If I were gay, I reason with myself, I'd know it already. I've read stories in "Chicken Soup" by homosexual people, and they all had same-sex crushes in elementary school. Why hadn't I had one? Clearly, I was nothing like them.

No one else could ever understand.

Reply Hue-Man
5:58 PM on August 13, 2013
Coverage of the Russian gay propaganda story has made me realize that Putin is trying to recreate the environment gays encountered in the 1960s. There were no gay role models - Greeks were ancient and Oscar Wilde ended up in prison for his perversions. There was no gay visibility on television or radio. There was no such thing as a gay magazine and if gay porn existed, it was unknown in my pre-teen world. The local librarian fed me books that were too adult for my years but any gay scenes (usually considered YA today) were swamped in a sea of heterosexuality. On the other hand, anything less than 100% manliness was attacked and ridiculed, which started with me being bullied at age 8.
So how do I explain my attraction to men at age 12 if there was no "gay propaganda" to lead me astray? Born That Way seems the only logical explanation.

Reply Lucas Butler
4:09 PM on August 13, 2013
Thanks to everyone who replied! Seriously, getting to hear about your stories and how things have changed is one of my favorite parts of this site and The Backlot.

Reply Cole
2:58 PM on August 13, 2013
Being gay seemed to imply that you basically wanted to be a woman. If you want to kiss boys, then obviously you want to put on a frilly dress and pretend to be a woman. Right? The most progressive show I can think of from around the time I would have been in 7th grade would have been Three's Company ( I can't believe I just typed that sentence). We were supposed to realize that Mr. Roper was out of it with all of his assumptions about Jack, but, of course, we were in on the joke that Jack wasn't really gay but was perfectly "normal." Even in recent years, we have seen the old, tired question about any gay couple, "Which one is the woman?" I recently rewatched an episode of "It's Always Sunny in Philadelphia" (not always a bastion of enlightened thinking) where Frank and Charlie were contemplating gay marriage, but Frank was reluctant because he didn't want one of them to "be the woman." A transgendered woman, whose advice they had sought, looked at them with disgust and said, "Neither of you would be the woman! You're BOTH MEN!!!" An older, deeply closeted and very sad guy was once arguing with me online and trying to explain his opposition to gay marriage. He wrote angrily, "Do you really WANT to be someone's wife???" First of all, the assumption that to be a wife is obviously an embarrassing thing that is much less than being a husband. Secondly, I don't want to be a wife because I'm not a woman. I would, however, like to be some nice guy's husband! To his mindset, being in the closet was all that had allowed him to have a family life. He thought that would have been impossible if he had been out and gay, because being gay was just about sex to him, not love. He could not conceive of having both those things in one person. I feel like I am rambling at this point, but this is the road that I found myself going down once I started thinking about the old message of what it is to be gay, and remembering the panic that those early realizations brought on in me.

Reply The_Fixer
2:38 AM on August 13, 2013
Wow, the thing that stood out to me about your story was something that I experienced myself. That's the thought that you had to be a drag queen caricature to be gay.

That's because that's all that was presented to me - hyper-feminine gay guys who were the butt of jokes - in the media when I was growing up. While I don't find anything wrong with guys that are naturally effeminate (I actually find them quite endearing), it just wasn't (and isn't) me. I am not a super masculine guy, and would not describe myself that way, just... an average guy.

But I never knew that an average guy could also be a gay guy, because no one ever told me. That exaggerated drag queen image was really the only one that media had presented to us as being representative of the gay world. It's getting much better - young gay people can now see themselves in a variety of characters that are depicted in various TV shows and movies.

Perhaps the next generation of young gay guys will grow up without experiencing the "that's not me" moment that both of us have experienced, and truly show the palette of people who make up the gay population.

Reply PaulR
11:52 AM on August 12, 2013
Like Ulysses I had girlfriends at that age. After all, that's what I was supposed to do since that's what all boys were supposed to do. I don't think I'd even heard of the concept of "gay" at that age. I think I just figured romantic and sexual feelings just naturally came later. I was noticing guys, but I thought it was just in the sense of thinking they were cool and wanting to be friends.

Reply Ulysses Dietz
5:46 AM on August 12, 2013
I can remember middle school - 7th grade - vividly. In my day (oy, The Olden Days, as my son would say) there wouldn't have been anything on TV or in the movies to really make me wonder . (7th grade was...1967). What I do remember, however, is that I pretended very hard to have crushes on the two prettiest and smartest girls in my class - Diane and Rita. Why not? I liked them - they were fun and smart and pretty - so therefore I had a crush, eh? But on that 8th-grade trip to Washington, on the bus, while Tommy was making out with Patty - I caught myself looking longingly - at the bulge in Tommy's pants. Oops. But it took some years - well into prep school, at 16, before I really admitted it to myself. It might have been sitting with friends in one of their dorm rooms and listening to Boys in the Band on someone's record player. Somehow, listening to that play, those voices, all that drama, made me realize that, like it or not, I was one of them, too. Oddly enough, all the other boys listening to that record that day were gay as well - but none of us ever told each other until we were long past college years and had each come out in our own way. That's the sad part .