Generations - Part 2 - Generation Y, the Millennials, and Our Future Together

(In part one of his two part series Dback  began his examination of the different experiences of different generations by discussing the "Greatest Generation," the Baby Boomers, and Generation X.)

Generation Y (roughly 1978-1992), growing up in the go-go-go hothouse of the 80’s, is much more motivated than Generation X, which is happy simply to have a job that pays just enough to take care of the bills and allow a little bit of freedom. (Xers prefer a job that lets them set their own hours or take a day off for other pursuits.) Generation Y - and the subsequent Millennials - grew up watching “Lifestyles of the Rich and Famous,” “Dynasty,” and other celebrations of materialism. As rock music waned in the post-grunge era, upbeat pop and hip-hop stepped into the void; music openly celebrated materialism, getting as much money as possible, and dividing the world into players and pimps (the takers) vs. the ho’s and the bitches (the taken). 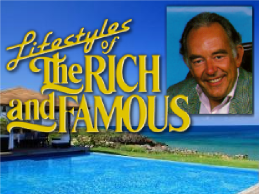 A noticeable trend in movies began during the late 80’s and continued into the 90’s: tales of people who integrate themselves into your life and then take over - especially your material possessions or relationships. (Just a few titles: “Desperately Seeking Susan,” “Fatal Attraction,” “Single White Female,” “Unlawful Entry,” “Pacific Heights,” “Taking Care of Business,” etc.) As the nouveau bohemians of “Rent” sang in the late 90’s, “When you’re living in America/At the end of the millennium/You’re what you own.” The people of this new generation wanted - EXPECTED - to be rich and successful, and if they had to live with their parents after college or put off getting married, so be it. Eventually, they expected to succeed.

As Generation Y bled into the Millennial Generation (early 90’s through roughly George W. Bush), we see a continued rise in the use of technology impacting day-to-day lives. If the essential “go item” of the 70’s was a transistor radio and the device of the 80’s was the Sony Walkman, the indispensable accessory today is one’s cell phone, which can be used for phone calls, e-mail, texting, web surfing, video-watching, and - oh yeah - music.

Today’s young people expect - no, demand - that everything will be adjusted to them. Why wouldn’t they? They’ve been raised to create their own playlists, to “have it your way” at fast food restaurants, to “market” themselves online as a brand or an identity via social media. They’re already trying to figure out how to make extra money via their cell phone and a web domain. They’re much less likely to worry about economic justice. Greatest Generation-er Andy Warhol predicted that “in the future everyone will be famous for 15 minutes,” and the Millennials have perfected how to parlay that fame into moneymaking enterprises, often working multiple jobs or attempting multi-platform approaches to success. (Ergo: Kardashians!) As Thomas Freidman wrote recently, if you are willing to spend the time, capital, and effort into developing “You, The Brand,” then right now is a golden time for you. If, however, you’ve spent your life investing in a company or institutions (pensions, Social Security) that are now crumbling, you may be in trouble. 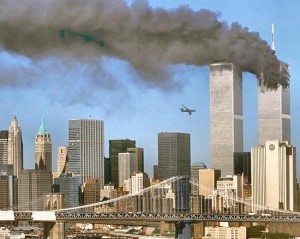 The Millennials:   September 11 was a defining moment in their lives.

Over time, as America has become more diverse, the general trend among young people has been to skew more liberal on social issues. This should bode well for the Democratic party with regards to gay rights, immigration, and recreational drugs (we now have at least two states where marijuana is essentially legal, and quite a few others where it’s OK’d to use medicinally).

However, there have been some odd quirks. Support for abortion under all circumstances has dropped, and many states have chipped away at the abortion laws to the point where it’s extremely difficult to end a pregnancy without driving across state lines. In these times of uncertainty, the Republicans can still hold the fort on gun rights, private property rights, and a general suspicion of government (hence the misrepresentation of “Obamacare” - which is largely based on a plan implemented in Massachusetts by Republican governor Mitt Romney - as a “socialistic plot”).

Moreover, many of today’s young people have taken the inspirational messages and self-empowerment behind Black Power or Gay Pride and other 60’s protest movements, and turned them into a cry of narcissism: “I don’t have to change for you! I’m fabulous and beautiful and talented and if you can’t see that, there’s something wrong with YOU!” (One memorable guy on Jerry Springer, a pudding fetishist, “came out” to his girlfriend using the exact same lingo gay people use: “This is me…I’m not ashamed and not going to hide it anymore…just join me in the pudding.” This “defining down” of deviancy is a sometimes unfortunate side-effect of Stonewall, and makes it a little more challenging to argue against our adversaries when they use “slippery slope” arguments.)

It seems safe to surmise that future generations will continue to wrestle with this “me vs. we” conundrum - whether we do better in “tribes,” or working together for success, or if we’re still slowly heading backwards toward the idea of the one-person entrepreneur whose governing ethos is “I got mine.” If economic uncertainty continues, we may see tensions rise along these lines. 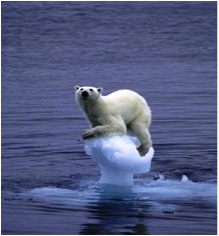 Will the serious and underappreciated threat of global warming bring us together in the future?

Furthermore, radical political/religious groups will continue to attract disaffected young people as long as there are unrest and uncertainty about how things “should” be. However, if environmental issues move to the forefront, we will probably see a unification of people, and a rallying around the crisis (as we have seen recently in microcosm with Hurricane Katrina, superstorm Sandy, etc.) to help solve it as a planet. And if the Boomers are able to see a multi-racial, pansexual young person who’s just come up with a medical breakthrough that will change the world as a godsend, and not a threat to the old social order, so much the better.

I hope the youth of the world will look back on the Greatest Generation, the Boomers, and the Xers, and say, “You know, they really did contribute a lot of stepping stones along the way that helped clinch our present-day success.”

And onward we continue - hopefully, stumblingly, upwards toward the light, toward our best selves. Always hoping that someday we will be able to sing, and believe, the song from “La Cage Aux Folles”: “The best of times is now…is now…is now.”

Some of the negatives you cite here regarding the current generation all involve public figures who are, basically, fame whores. Others are as a result of political engineering and don't really reflect the attitudes of the 20-somethings coming of age and entering the work force (specifically, the rise of the anti-abortion movement). Most of the mid and late millennials are still teenagers, and that's a time of life when we're most often at our worst. I don't think one can honestly judge a person's potential based on their life as a teenager - if that were the case, we'd all be screwed.

My 20-something friends (which would make them the tail end of the Ys and the beginning of the millennials) are the opposite of what is described. While they're liberal as you note, they also support the right of choice, and are very distressed at what they see going on not only in the political realm, but with the environment as well. They also are, to a person, non-religious and feel that the attacks on the the right of choice and personal liberty are primarily the 'last gasp" of their grandparents.

The only thing that distresses me about them is their ambivalence toward what is rapidly becoming the "surveillance society", and their willingness to share everything on Facebook. Some of it is due to having grown up with, and being acclimated to technology. But some of that is due to pure naivety.

As I said in my comment on part one, every generation thinks that the one that follows them will herald the downfall of civilization. Me, I think "The kids are all right" (with a little guidance).